Face it, most people don't exactly consider dentistry the most exciting of subjects. Yet the care of teeth has a long, colorful, and often unbelievable history. Whether you are a dental practitioner who practices family dentistry hoping to spice up your practice with some fun facts, or simply curious about the weird world of teeth, read on. This article will introduce three wild facts about teeth and dentistry.

The ancient Mayans pioneered the art of cosmetic dentistry.

If you thought that extravagant dental decorations were a relatively recent phenomenon, think again. Recent findings have shown that the ancient South American civilization of the Mayans were practicing artificial teeth beautification up to 2,500 years ago. Their preferred methods involved applying decorative notches, grooves, and, most strikingly, studding the outsides of their teeth with gemstones.

Yet, while it is clear that the Mayans shared our current fascination with glittering teeth, they unfortunately didn't have our modern methods of anesthetization. That means that these beautiful additions likely came at the cost of severe pain. Obsidian drills were used to puncture the enamel of the teeth, allow the dentist to carve out a hollow in which to set the gem. This was affixed using an adhesive comprised of plant sap and, among other things, crushed bones.

Toothbrushes have been around in one form or another since 3500 BC.

Today's toothbrushes represent the colorful refinement of space-age plastics and design. That can make it easy to overlook the fact that there is nothing new about the toothbrush. In fact, these vital tools of personal hygiene have been around in one form or another since at least 3500 BC.

At that time, the ancient Babylonians and Egyptians were both developing toothbrushes made from twigs. The end of the twig would be frayed in order to improve its softness as well as its scraping ability. Yet it was the Chinese who can be credited with inventing the first toothbrush to contain natural bristles--bristles that came from the necks of pigs--attached to a handle of either bamboo or bone.

Dentists may one day be able to artificially grow teeth.

Stem cell research continues to be one of the most exciting--and controversial--topics in modern science. Nonetheless, few people would have guessed that scientists would ever be able to grow an artificial tooth using stem cells. Yet that is precisely what scientists in China claim to have done recently, using stem cells collected from a highly unlikely source--urine. While the technique admittedly has a long way to go, it opens up exciting possibilities for the future of dentistry. 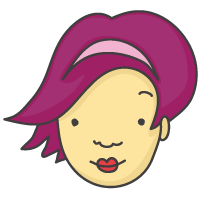